I have a very anxious model who hates been photographed however I have set up my lights as best I could in advance and then sat him in.  While I had set up initially a light which should have been a hair light but was a bit small and without glueing my models head to the spot was ineffective.  My key light is also my background light ,  I do not have any more light also to make it effective at a distance which does not wash out the features of my subject I have had to use a fast ISO.

A smaller soft box to the left created just enough light to fill in however I found it more effective to move the Key light in front and to the right slightly towards the left that it bounces of a large piece of polystyrene board to fill in on the left.  So in reality the one good sized light box that I have is positioned that it must act as Key Light , Background light and its bouncing off a reflector means it is also my fill light.  At the end I have also used a piece of gold foil wrapping paper around a piece of cardboard in order to warm up the colour of my subject which if you pay close attention has added a gold also to his grey coloured jumper.

See below the images. 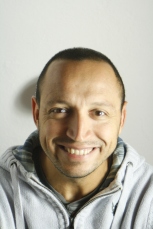 I have focused on the reflector as fill and less on the Key light illuminating the background. Note also I have moved up higher than the subejct and asked him to move his head to the left while looking at me. The light is flattering however perhaps the shadow from before was better for this subject.

With Key Light to the right and in front of the subject and above. With a fill light and a gold reflector under the chin.

The final shot flattering well lit and without shadow which well that a choice we can take or leave.

In this shot as you can see we are trying a home made gold reflector to warm the face and to lose the shadow under the chin slightly. You can see this in the next shot.

I have brought the key light nearer again. With a fill light. However I am not happy with the fill lgiht or the general quality of the image. 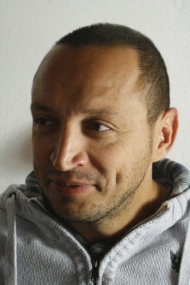 Here I have moved the Key light further away to try and not have the subject so washed out with more detail as you can see also the background is slightly greyer The left side needs a fill light. 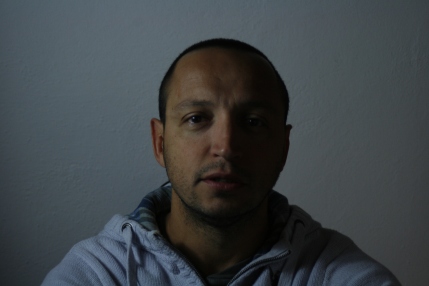 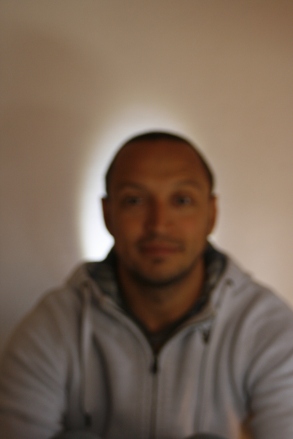 The background with the Key light at a position which will be quite near the subject.

To show how dark the background is naturally